Dickey Betts may have been fired from the Allman Brothers Band, a unit he helped not only to found, but whose very sound he helped to define, but he has been touring almost incessantly since he left the band with his own Great Southern — a moniker he has carried with him since the late ’70s. This edition includes three guitarists (Betts, son Duane, and Andy Aledort), two drummers in James Varnado andFrankie Lombardi, keyboardist Mike Kach (who helps out on vocals), bassist Pedro Arevalo, and backing vocalist Schascle Yochim (she’s called “Twinkle” by fans and bandmembers). The program on this double disc is compiled from Great Southern‘s 2006 tour of North America. It includes suchAllman standards as “Southbound,” “In Memory of Elizabeth Reed,” “Ramblin’ Man,” “Blue Sky,” and “Jessica,” to name a few, all done Betts style. There are a total of ten cuts spread over both CDs, which means, of course, a lot of jamming. (Disc one’s instrumental opener, “High Falls,” and its closer, “Elizabeth Reed,” clock in at a combined total of over 45 minutes — the latter tune is over half an hour.) The live sound mix is wonderful; it’s very present and warm, and maintains the raw quality of the performance. Despite the fact that this is compiled from many different dates (most live albums are, whether artists admit it or not), it simply smokes. There have been a few live Betts titles circulating for the past decade or so, but this one is miles above them. Other than the classic Highway Call record, an album that has had a three-decade head start, this is his finest moment on tape, period. It also rivals any post-Duane Allman live set by the ABB.

The reason is this band: it gels completely because of a rather disparate chemistry. Arevalo is one of the funkiest bass players out there. His command of the languages of rock, blues, jazz, funk, and Latin music is formidable. He also plays in some interesting key signatures that come from African folk music scales. Kach is a consummate accompanist and musical director for this unwieldy ensemble. His own playing on the Hammond B-3, Fender Rhodes, and acoustic piano is precise enough to guide this band as it turns its wheels, but he truly swings in the way he fills space and in his interaction withArevalo and both drummers — who never get in one another’s way. Betts‘ singing is a big ragged, but since this unit concentrates mostly on playing, it hardly matters — besides, Kach is a decent vocalist, and Twinkle‘s got enough up-front soul and blues wail in her to carry them on her own. As a guitar player, Dickey leans deeper into jazz than he ever has before, and he has been listening to a lot of Latin music and Albert King recently. Add to this his early country influences and the fact that Aledortis a stone monster of a lead player as well, and you have a pair of pickers who know how to go at one another and work together. Duane Betts is the rhythmic support on this front line, but he’s perfect — meat and potatoes with the most important thing a rhythm player needs: a keen sense of time. Despite the rough-and-tumble nature of these players, and their ability to literally let it rock, they also understand Betts‘ keen sense of lyricism and never make a move to overwhelm it. On Great Southern‘s studio albums, Betts had wanted to lean into jazz and funky Southern soul more, but never had the players to adequately do them justice, and the records never lived up to his ambition. He does now, and here he incorporates those players and styles seamlessly into his earthy sense of the blues and freewheeling overdriven rock & roll guitar playing. For Betts fans, and actually any rock guitar flameout fan, this set is indispensable. 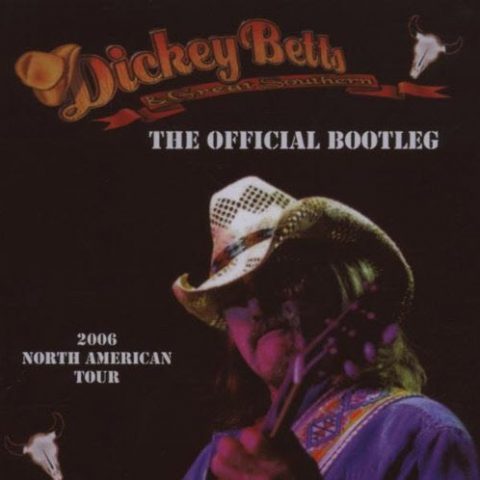