A double-disc entry into SPV’s mammoth exhumation of the Rockpalast vaults, representing the greatest performances from Germany’s premier live concert TV show, 30 Years of Southern Rock serves up two seething shows from Dickey Betts — the first from 1978, shortly after the collapse of the Allman Brothers, the second from 2008. And note for note, it’s as if not a day has passed between the two. Of course the sets are riddled with oldies — “In Memory of Elizabeth Reed” alone devours 30 minutes of playing time across the two shows, but both shine with fresh passion. Another half hour is devoted to “High Falls,” drum solo and funky bass included. “Jessica” is simply pristine; “Ramblin’ Man,” which closes both gigs, is remarkable. In between times, though, the band shines and Betts just gets better, whether blues-wailing through “Good Time Feelin'” or driving through an edgy “Dealin’ with the Devil,” or simply kicking back through “Blue Sky” and “One Way Out.” An accompanying DVD package adds pictures to the music. 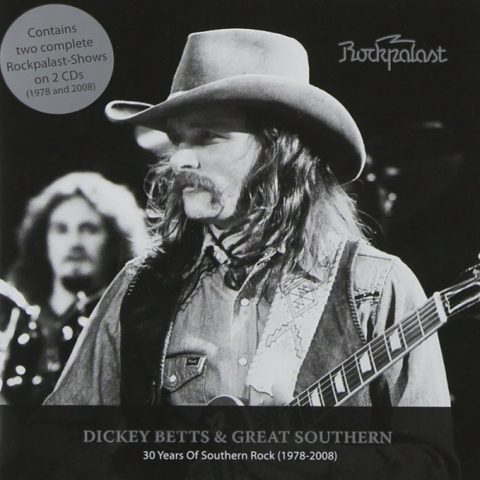