Anyone who has been to a Dickey Betts & Great Southern concert during the past dozen years has seen and heard Mike Kach, the keyboardist who shares lead vocal duties with Betts and is the guest of honor at an upcoming benefit concert August 30 at White Buffalo Saloon in Saraosta. A gifted jazz, blues, rock and boogie woogie player, Kach lends his soulful vocals to Betts originals like “No One Left to Run with It,” “Nobody Knows” and “Southbound” as well as the blues songs such as “One Way Out,” which Betts played a key role in arranging and popularizing as a founding of the Allman Brothers Band. Kach also performs his own gorgeous ballad “Get Away,” which appears on the outstanding Dickey Betts & Great Southern live CD/DVD set “Rockpalast-30 Years of Southern Rock.” 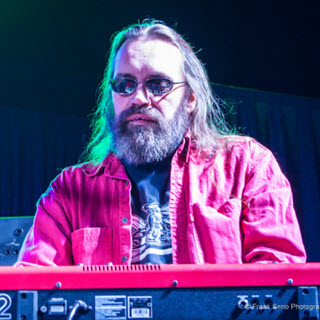